My experience as a Peace Corps Volunteer informed my decision to found Idealist Consulting. Serving in Ukraine, I witnessed firsthand the digital divide between those in the world with ready access to the internet and those without. But after coming home, I understood that this divide extended past access to technology into tech education and comprehension. This observation shaped Idealist Consulting’s methodology and our focus on client success. We believe an organization’s success depends not only on the solutions you choose but on the education needed to adopt that technology.

The Peace Corps and its values inform who Idealist Consulting’s ideal clients are and how they engage the world. And at the sixtieth anniversary of the Peace Corps, I want to call out the agency’s goals and how organizations in the U.S. should embrace these goals at home.

60 Years of the Peace Corps

March of 2021 marks the sixtieth anniversary of the Peace Corps, and today the agency holds a distinctive place in the American consciousness.

President John F. Kennedy brought the Peace Corps into existence with an executive order signed on March 1, 1961. The vision was to engage young Americans in assisting foreign nations in their development efforts. Kennedy proposed the idea during his election campaign in 1960, and it quickly gained traction. When he signed the executive order on March 1, thousands of Americans signed up to serve. In its first year, 13 nations invited Peace Corps Volunteers to serve in their countries, and the new agency selected more than 700 volunteers from around the U.S. By 1963, the Peace Corps sent more than 7,000 volunteers to serve in 44 nations around the globe.

Today, Peace Corps volunteers operate in countries all over the globe to fight hunger, combat HIV/AIDS, protect the environment, and improve technological access and education.

The three goals of the Peace Corps were established with congressional legislation in 1961 that permanently established the organization. Those goals are to:

With these goals, the country recognizes its capacity and desire to share knowledge, expertise, and skill with people from around the world. At the same time, the goals reflect the need to not only represent the U.S. well in the world, but to also reflect on and respect cultures and societies outside the United States and learn from them as well.

It is critical that we examine the success of the Peace Corps’ mission throughout its history and question whether the agency was used as a tool of imperialism. However, I believe that its mission of service and mutual understanding represent ideals we can do more to embody in our practices at home and abroad.

I founded Idealist Consulting because I saw an opportunity to guide and educate nonprofit organizations in their adoption of technology. But I also chose to focus on the nonprofit sector because these are the non-governmental organizations that best reflect the goals of the Peace Corps in the U.S. and abroad. They are inspiring to work with, and we learn as much from their missions as they learn from us.

Nonprofit organizations in general focus on sharing expertise and resources to improve society, and they’re also often tasked with facilitating understanding between communities. Humanitarian organizations in particular work to help communities throughout the world and to foster intercultural exchange. And both the humanitarian sector and the Peace Corps have recently been charged with reexamining their roles in facilitating understanding between nations and cultures instead of merely representing the interests of the U.S.

I’ve sought to shape Idealist Consulting partially through the values of Peace Corps’ values. We’re an organization of individuals dedicated to sharing our skills with the people and organizations who need them most. As a B Corp, we seek to model what a socially responsible company should look like and do for the world. And we are striving to find ways to promote greater diversity, equity, and inclusion both internally at Idealist Consulting and throughout the tech world in general.

If you need help with Salesforce and want to work with a company that has strong values like we do, let’s talk. 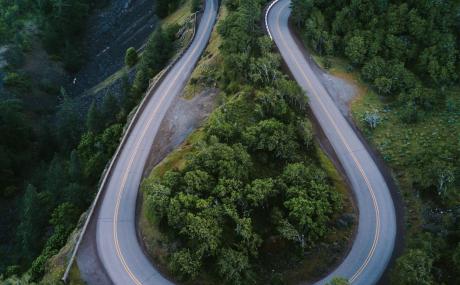 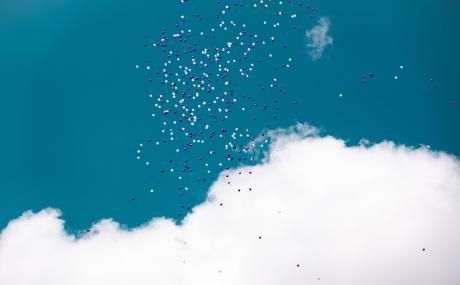 Culture
Why You Should Virtualize Your Fundraising Events