How to Draft Your Salesforce App Development Team

With 3,000+ apps and over $389 billion revenue, more and more entrepreneurs and Salesforce app development firms are starting to take notice of the untapped revenue potential on the Salesforce AppExchange.

Maybe you’ve noticed this too and have been working on a Salesforce app. But what will distinguish your Salesforce app development idea in a mature marketplace, like the Salesforce AppExchange?

To position yourself for success, it’s important to have the right team in place before you go-to-market. And like any team, each player has a crucial role. As an avid sports fan, I like to compare this process to drafting a fantasy basketball team. Let’s see who you need to draft for a winning App Dev team.

Also referred to as Engineers, Developers are the role players of your App Dev team. Every good basketball team has its role players. Maybe they’re good at Apex or Visualforce or Javascript or Salesforce architecture, but typically they excel in a specific area and are at their best when the team utilizes them for that skill.

Sometimes you’ll have a Lead Dev, and that may be your All-Star player who can jump, run, and pass. They tend to serve as de facto leaders of the Dev team.

Depending on the complexity of your app, you may only need one engineer, and in fact, you can outsource most or all your development work to a Product Development Outsourcer (PDO) like Idealist Consulting. Think of a PDO as your Sixth Man who you can bring off the bench when needed to replace or supplement your internal team. Sometimes the Sixth Man can be the most important player on the team.

Over the long run, it’s best to have at least one engineer on your internal team, so you can take ownership of the app with a resource that’s been part of the product development lifecycle and is therefore familiar with the ins and outs of its design.

If your Devs are the role players doing the dirty work like rebounding and defense, with your Lead Dev equivalent to the Lebron of your team, then the Business Analyst is the point guard.

Often called the glue guy on basketball teams, they may not put the ball in the hoop much, but they’re the ones facilitating communication. Like how a point guard runs the team plays, the Business Analyst relays the client requirements to the Devs, so they can deliver a final product the client can cheer about. They are good at working with cross-functional teams, can identify and prioritize functional requirements, and often are the writers of the team, as they do a lot of formal written communication and requirements gathering.

The Business Analyst is focused more on the how of executing the strategy as designed by management, than developing that strategy themselves.

So you’ve got your role players, your All-Star and your point guard. Somebody’s gotta coach the team, right? The Product Manager may not be in the trenches writing code, but she’s translating business needs into technical requirements and aligning product deliverables with a product roadmap and long-term product strategy.

The Product Manager has to be able to talk to the team on the court and meet the demands of the front-office. On smaller teams, you may have player-coaches that straddle the Business Analyst, Product Manager, and maybe even the Lead Dev role. If you find somebody that can do all that effectively, you have yourself what’s colloquially known as a unicorn in both the basketball and app dev worlds.

This could be a Director or VP level position and sits firmly on the business side of things. They’re sort of like a General Manager of an NBA team. They call the shots as to the overall makeup of the team and their product offerings.

For a SaaS company with multiple solutions in their portfolio, the VP of Product Development would help align business strategy with product strategy. As the spokesperson for the company, they’re the first ones to take the blame when the App Dev team fails to meet expectations, and will also receive the accolades when the solution turns out to be a success.

While companies can have different titles for these roles, their basic functions should probably be met in some capacity by your App Dev team in order to function as an effective unit.

Sometimes you’ll have the same person performing multiple roles, but without somebody to do the coding, capture the customer requirements, and align the product development with business strategy, you’re likely playing basketball without a hoop, and you’re probably not having any fun. It may be time to bring in the Sixth Man if that’s the case.

Thinking about developing a Salesforce app? We’ve got the experience and team to help make your ideas come to fruition. 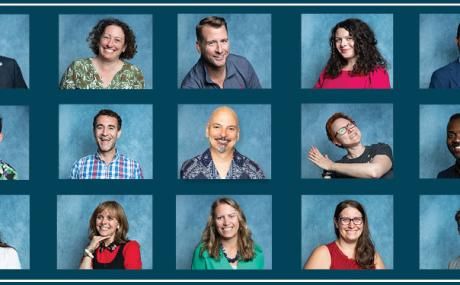 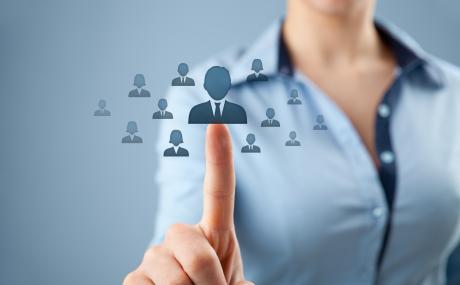 Salesforce Apps
Managing Your Donor Networks: An Overview for Salesforce