How I inspired technology change

I’m a big fan of technology. When your organization and its business processes need an overhaul, a technology change can be a positive place to start.

Personally, I’ve always looked forward to technology change. I believe tech can make you more efficient and get everyone on the same page.

In a past job, I worked for a large nonprofit that was rolling out a new (and very large) database.

Every department was going to be impacted, including over 100 staff members and 2,000 volunteers. This was a big project.

We were working with consultants who told us we needed to identify super users in each department to encourage successful user adoption. These super users would be working in the new system to identify any issues or suggest process changes based on how the new database worked. I was picked as one of two super users from my department.

Before being selected as a super user, my role was more of a leadership position. But with my new designation of “super user”, my role shifted to more of a business analyst for my department.

My organization allowed for me to shift my responsibilities and priorities for this new role. While not every organization can be this flexible, it really paved the way for the success of the project.

This was an opportunity to make our processes better and I helped find those opportunities. I was responsible for working with the consultants to review our business processes and see how they would translate into the new database. One example of this was reviewing our fields. In one instance, we had a picklist that used the word “other” as an option, but that option was routinely used for 3 specific things. We added those 3 specific options to the picklist, which kept our data more accurate and our processes up to date.

In my new role, I created a feedback model that very intentionally created space for my colleagues to express concerns their about the new technology. To do this, I made time for concerns in our weekly meetings. The staff could bring up anything from major issues to misspelled field options.

By creating this space, I increased trust in our new database and the roll out process. I noticed my colleagues began to come to me more often when they found an issue or had a question. One major component of this feedback model was making sure users were updated about changes and updates made, open admin requests, and the overall roadmap for the project.

Prior to my new role, the IT department would handle admin requests and changes. They weren’t always reporting back to the staff when admin requests were being completed or when something was getting done. This made many people feel like their requests were going into a black hole and they were losing trust in our process.

Part of my new role was regularly updating my colleagues on changes, open admin requests, and the overall roadmap for the project. Having an accessible colleague to rely on for updates greatly increased my colleagues’ trust of the project.

I was also responsible for submitting admin requests to our IT department. As you can imagine this could have become overloaded with small issues. But by making myself available to my colleagues, they came to me in person with questions rather than asking me to submit an admin request. This allowed me to teach them best practices in an approachable way. Over time, the small issues decreased as colleagues became more confident in their abilities and the new database.

Creating avenues for people to reach out to you, based on different communication styles, is a big component of a successful technology change project. If you want to make sure people are comfortable, providing them various way to reach out to you will be key. To start determining what options will make sense for your colleagues, break down your options into the following two approaches:

Depending on who takes on the super user role, this can be mentally challenging for the person. Even though I am a people person, I had to reserve some quiet time for myself to take a breath and finish my work. Using an informal approach meant I had to be prepared to be cornered in the kitchen with questions during my lunch break. I was okay with this, but not every super user will feel this way.

Informal availability is very valuable in any organization; it helps facilitate and ease people into conversations. But I also had formal spaces and routes for people to talk to me and submit requests. The approaches an organization takes will really depend on its size.

One way to think about how to create communication avenues for colleagues is by creating a habit loop. A habit loop is when an action turns into a habit so much so that it becomes second nature. You’ll know you’ve formed a habit loop when you rarely have to stop and think about performing the action anymore. For example, locking your front door when you leave your house is a common habit loop.

I created a really good habit loop at my office using my informal communication avenues. Colleagues stopped grumbling about misspellings or issues and just came to talk to me. And they had trust that I would report back to them about their issues being resolved or even when it wouldn’t be resolved.

By making the habit easy and approachable my colleagues took to the habit of approaching me with concerns, questions, and feedback. Furthermore, the culture of open communication I created around the technology change project really encouraged this type of positive behavior.

If you want to read more about habit loops, check out The Power of Habit.

I recently read an article on change management. While the article is dated (it was originally published in 2004), many of the points still resonated, including this one in particular:

The crafting solutions piece is the key.

Ultimately, to ensure my colleagues felt they had a stake in the technology change project I included some of the staff when brainstorming solutions for the issues they identified.

I approached the end users who were getting really excited and positive about the new system. You’ll be able to identify these users because they tend to show an ease around technology and are not easily ruffled.

You have to create the culture that encourages feedback

Because I made myself the person my colleagues reported issues to they became more open about the technology change. People began to think that was what they had to talk to me about. By walking through that space and being there informally, people showed up and became comfortable with discussing the new system and their issues. This change in attitude opened my colleagues up for embracing the technology change and feeling like they had been heard.

If you’re looking to inspire change in your organization, you should consider creating a role similar to the one I took. You’ll likely have to take responsibilities off that person’s plate so they can focus on being a super user during this change. But if you want to shift to a positive culture that embraces change, this can really make the difference. 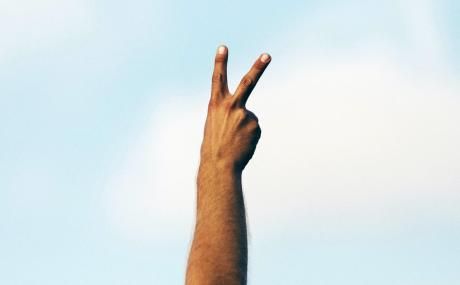