Salesforce Stories to Tell in the Dark 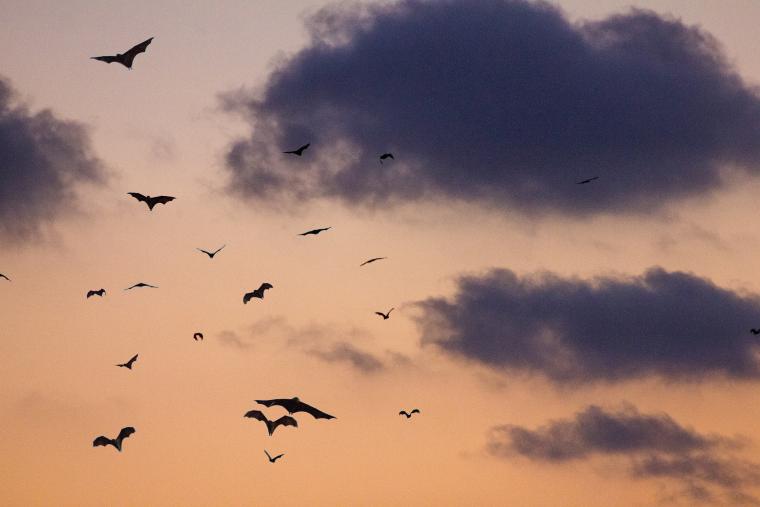 Have you heard that story about the boy who meets the girl with a ribbon tied around her neck? They fall in love, they get married, they grow old together, and she wears that ribbon around her neck every single day. She never explains to the boy why she wears it, and he just assumes, you know, fashion or something. Then one day, the girl (who is by this time an old woman) falls ill, and the boy (who’s now an old man) unties the ribbon around the girl’s next to help her breathe. And plunk—the girl’s head falls off and hits the floor where she looks up at the boy with loving and undead eyes. Haunting!

Sometimes the way we become Salesforce professionals is like the tale of the girl with the ribbon around her neck. You join a company, get set up in Salesforce, fall in love with the platform, see a problem you can fix or a way to make it more efficient, and your company makes you an admin. With that, you click over to Setup, untie the ribbon, and plunk—you find all the rotten data, the dead record types, the hundreds of workflow rules that worm their way through the org. The horror!

If you’ve ever commisserated with fellow admins about the horrors you’ve found when you first opened a Salesforce instance, you’ve already been inducted into the Midnight Society of Salesforce. Here are three chilling tales of Salesforce disorganization from Idealist Consulting Salesforce experts.

A slip of the hand can be deadly when you’re trying for a sleight of hand. And that’s true for Salesforce, too.

An infamous episode of Alfred Hitchcock Presents never shown on network television tells the story of a young boy who falls in love with a magician’s wife. As the tale twists and turns, the audience discovers that the wife means to have the boy kill her husband and frame him, telling the boy he can have the magician’s wand. The boy follows through, and taking the magician’s wand and cape, returns to the wife asking that she run away with him. The wife tries to escape from the kid, who at this point seems to have lost it, but falls and hits her head, passing out. The last scene of the episode shows the boy attempting the magician’s saw-my-wife-in-half trick as the woman wakes up and starts screaming.

The story one of our Salesforce experts, David Cheng, told us was not as gruesome, but it does involve a Salesforce user who wanted to be a magician.

Here’s how it began: the user was having trouble with a basic contact import into Salesforce. He or she hadn’t done some basic cleaning and transformation of the data to make it ready for import. Particularly, he or she hadn’t split the column containing each contact’s full name into first and last name columns. David says he asked this friend how he or she expected this untransformed import to work. The person paused, admitted they didn’t know, and said he or she were expecting it to work “by magic”.

At the end of the Alfred Hitchcock episode, Hitchcock says, “The saw worked excellently, but the wand didn't.” And that’s a perfect metaphor for Salesforce—it’s an efficient system, but it’s not magic. Getting good results from the platform means planning in advance, doing your research, and knowing how the platform functions. Automation may seem like magic, but it’s only through careful planning that it’s effective. Otherwise, like the magician’s saw, it just creates a mess.

Invasion of the Leads and Contacts

Have you ever walked by somebody on the street and done a double-take because they looked exactly like an old friend of yours but at second glance you realized they were a perfect stranger?

There’s something insidious about the idea that you could have a doppelganger out there in the world, someone who walks and talks just like you, who looks looks exactly like you do. And the 1956 classic Invasion of the Body Snatchers perfectly embodies this fear we have of something mimicking us and taking over our lives. In the movie, alien spores land in a small California town and grow into huge seed pods that produce exact replicas of the town’s residents. These pod people look exactly the same, have the same memories, but lack all emotion and are bent on taking over the world.

Idealist Consulting’s CEO, Rob Jordan, shared a similar tale of a doppelganger invasion. He remembers one org years ago that had so many integrations improperly installed that duplicate contacts were popping up everywhere. They found 40 duplicates alone for one contact! And the scariest part (or funniest part depending on how you think of it) is that this organization didn’t even know they had a duplication problem until it was far too late. A couple lucky contacts were receiving up to 40 mailers at a time from them.

Toward the end of Invasion of the Body Snatchers, the protagonist sees trucks filled with pods headed toward Los Angeles and San Francisco. He starts screaming, "They're here already! You're next! You're next!" Duplicate data is probably one of the most common problems for organizations using Salesforce, and if you’re finding pockets of duplicate contacts, it may already be too late! (Which is to say that it’s best to consider how you’re going to manage duplicate records right from the beginning.)

Salesforce orgs act like mirrors for our organizations: they reflect our souls. And by that we mean that one of the best things about Salesforce is that you can use it to compile data to get a better picture of how your organization is performing and reflect upon what you can do to reach your goals.

But you can’t do that if you’re a blood-sucking member of the undead! It’s common knowledge that vampires can’t be seen in the reflection of mirrors. In the 1931 film with Bela Lugosi playing the Count Dracula, Professor Van Helsing discovers that Dracula is a vampire because his reflection can’t be seen in the mirror of a tiny jewelry box. When Van Helsing tricks Dracula into opening the box, Dracula slams it to the floor because he knows as a vampire he won’t see himself reflected there.

Another of our Salesforce experts, Rochelle Currier, told us a terrifying tale about a vampiric Salesforce org that sucked up data like Dracula sucked the blood of his victims. This organization wanted to track everything, and they had so many custom fields it was impossible to maintain data quality. Ultimately, this lust for data resulted in unreliable information—the organization wasn’t able to use Salesforce to get a clear picture of how they were functioning and whether they were meeting their goals. To avoid this horror, take Rochelle’s advice: “It’s important to think about what is really crucial to track and focus on those things instead of making Salesforce a catch-all for information that isn’t actually important, threatening data cleanliness and completeness.”

Vampires are parasitic monsters that live by sucking the blood of their victims, but your Salesforce org doesn’t have to be. A thoughtful approach to data collection and automation will provide clearer information and insight in the long run.

Horror stories reflect our primal fears as humans and show the gruesome extremes of what happens when we don't pay attention to that feeling that something isn't quite right.

Salesforce horror stories remind us how complex technology can be, how necessary dedicated and knowledgeable admins are, and how invaluable planning and data cleanliness can be.

Salesforce is kind of like the haunted manor at the end of the drive. It’s scary at first, but if you learn a little bit about it, meet the family that lives there, it becomes a little less daunting. So shine a light in the darkness and download our guide “Be Prepared, Not Scared”.

Want to Start Implementing Salesforce? Lessons from a Farming Documentary

Don't Sink—Swim in the Salesforce Ecosystem