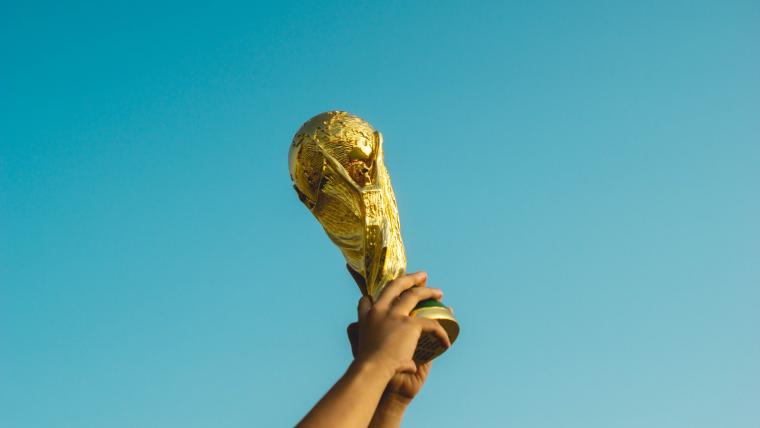 This is the third post in an occasional series where we’ll be shedding light on various aspects of Campaigns, from Campaign Hierarchies to Connected Campaigns and Campaign Influence. Have a burning campaign question? Tweet us and maybe we’ll write about it!

Sometimes being a marketer feels like you’re the little red hen. You plant the seeds, you cut the wheat, you grind the wheat, you bake the bread, and then someone else sells the bread and now that the bread is gone and eaten, you’re left trying to figure out how you account for all your effort.

Campaign Influence lets us associate opportunity revenue back to campaigns. Pardot users get the most out of Campaign Influence reporting, and to make it work, you should be using Connected Campaigns (you’re going to love them) and have a strong campaign hierarchy mapped out.

Now buckle up! This is going to be a wild ride and you’re going to have a lot of marketing thrown at you all at once. Here’s what I recommend: read this blog, click the links to read more, and then run your own reports and play with the data. Almost everything we do as marketers is like baking bread — at first it feels unfamiliar and we need instructions to get the recipe right, but the more you do it the more confident you become with the process. And the more confident you are, the more you can focus on experimenting with and refining the finished product.

What Is Campaign Influence?

Why is this type of reporting important? You can use campaign influence to measure two things:

These two points are interrelated, but I mention the second because in the end there are two things our marketing efforts reflect: lead generation (and total revenue associated with new acquisition) and lead nurturing (and the likelihood that an opportunity will close).

So how do you measure the influence of your marketing efforts on the opportunities you close? There are two technical structures you should understand: the campaign member data model and the attribution model.

This formula also shows you the breadth of data available to you across records as you set up reporting.

Second, you need to understand attribution modeling, at least the basics. The attribution model tells us what campaigns get credit for what percentage of an opportunity’s revenue. There are a lot of different models out there and this is a really big topic, but there are four out-of-the-box models in Salesforce associated with Pardot that you need to know about.

I hope you’re starting to see how powerful this tool is, but there’s one thing you should know: while primary source campaign influence and customizable influence models are available to almost everyone, the first-touch, last-touch, and even distribution models are only available if you use Pardot Pro or a higher edition. To me this should be added to your list of reasons for upgrading from Pardot Growth.

Turning on Campaign Influence is easy — you just flip a switch to turn it on. But when you turn this feature on, you’ll also want to be ready to adjust the Auto-Association Settings. Before you turn it on, think through which campaigns should be considered influential (for example, parent campaigns might not deserve credit) and how much time can elapse between when a person is added to a campaign and when an opportunity is created.

Wrapping Your Head Around Campaign Influence

After you have Campaign Influence turned on, there’s one particular report I think is helpful when you’re first getting started with the additional first-, last-, and even models provided through Pardot. Our end goal is to measure the success of each campaign, but at first I’d flip that on its head and look at opportunities and how campaigns influence each of those.

Use the standard report type called Campaigns with Influenced Opportunities (Customizable Campaign Influence), but group the report by Opportunity Name. Pick a date range associated with the opportunity object, but don’t set a filter for the attribution model for now.

Add at least these fields to the report:

What you’ll end up with is a report that mixes all the models together, but you’ll be able to see the difference between those models. You’ll also be able to see how an opportunity connected with one campaign looks different than an opportunity connected to multiple campaigns and how these models reflect the customer journey. You can further filter this report by the attribution model to see how each model works separately.

Now edit the report you ran above and group by the opportunity name and add a filter to find Campaign Influence records with even distribution. You’re on your way to measuring two things: the number of opportunities influenced by marketing and the number of touch points created between created opportunities and your marketing assets.

Now, let’s switch back and look at everything from a campaign level.

Group your report by campaign name. Filtering by first-touch, last-touch, and even distribution models you can see which campaigns are bringing in leads, which are helping close opportunities, and which see the greatest overall influence. You can also report on how much revenue is associated with different campaigns under each model.

Would this even be a marketing blog post if I didn’t remind you to align your reporting to your departmental and company goals? You and your organization need to decide what your goals are and how you’re going to measure them. If your marketing goal is generating more leads this year than the previous year, the even distribution attribution reporting might not tell you how well you’re doing or provide guidance for what to do next. If your goal is creating opportunities for conversations with clients, measuring revenue in terms of first or last touch attribution isn’t really going to do much for you.

Campaign Influence reporting may be a little complex, but if you get in there, create some reports for yourself, and start to dig into what you’re seeing, you’ll see that Salesforce makes this type of reporting more accessible for marketers. The really hard work goes into everything you have to build to have anything to report on: your marketing strategy, marketing assets, Pardot automation, Connected Campaigns, and a solid campaign hierarchy.

If you’ve planted the seeds, cut and ground the wheat, and now need help baking the bread by uniting your marketing strategy with marketing automation in Pardot and Salesforce, a consultant could help guide you through the recipe.

4 Things in Pardot You Shouldn’t Set and Forget

The Best Sessions for Nonprofits at ParDreamin’