“The ability to customize has been very powerful for us and has helped our ability to feel comfortable in Salesforce.” Neal Riordan, Communications Manager at American Himalayan Foundation

The American Himalayan Foundation (AHF) has been helping the people and environment of the Himalayas for over 30 years, but their work took on special relevance recently when a series of disastrous earthquakes struck Nepal. AHF supports projects that directly benefit people, from building schools to training doctors to planting trees. All of these efforts were needed more than ever after the April 25 earthquake, and AHF relies heavily on solid systems like Salesforce to organize and fuel their efforts.

But let’s take a step back. In the early days of Salesforce, American Himalayan Foundation took a leap of faith to try what was then emerging technology for nonprofits, and with Idealist Consulting founder Rob Jordan’s help became one of the first 50 nonprofits to use Salesforce.

They recently re-engaged to adopt the Nonprofit Starter Pack and integrate with MailChimp. “The Salesforce platform for nonprofits has evolved tremendously over the past decade,” says Jordan. “We’re thrilled to work with AHF to adapt Salesforce to keep it integral to their organization.”

The need for something better

Back in 2007, AHF was using a combination of Excel spreadsheets and disparate programs to manage their constituent relations. Doing a targeted mailing meant manually parsing together Excel lists. As the volume of donations grew, it became more difficult to track. AHF’s early use of Salesforce came out of the desire to centralize data and leave Excel behind. They stayed on Salesforce because it has evolved to do so much more.

As any nonprofit knows, there’s much more to keeping strong ties with your donors than just sending direct mail. AHF supports many partners in Nepal and Tibet, and needed a way to track individual project donations so that they could report back to donors on particular projects. For example, if a donor gave to support a school being built in SE Nepal, they would need updates on that project, not all AHF projects everywhere, and AHF would need to ensure the money went to the proper effort.

AHF also needed to parse out the source of the money: if a third-party organization like North Face donated, the tax obligation would be different than if an individual had donated. This required more robust reporting and means for analyzing data.

The recent work AHF has done with Idealist Consulting focuses mostly on setting up the Nonprofit Starter Pack and integrating MailChimp. As recently as last year, AHF was maintaining three lists of donors: one in Salesforce, a second one for events, and a third in MailChimp. Things were falling through the cracks. Integrating with MailChimp has largely solved this, and AHF may look into event integration down the line.

“Now the person sending the mailings knows the list is up to date and correct,” says Neal Riordan, Communications Manager at AHF. “It’s easier for donor relations to see at a glance whether someone is getting their emails and easier to add people to mailing lists. It’s been a huge help with reconciling data as we no longer need to export and import lists.”

Idealist Consulting has also helped AHF do an org switch to a new Salesforce instance with the Nonprofit Starter Pack, including some custom work to make the NPSP work with their donation process and basic grant management.

The solution in action

At this point, most of AHF’s staff is comfortable using and creating reports and searching objects to get the info they need. And for the few that are not comfortable poking around, it’s easy to send them reports.

“I am constantly finding new ways to use Salesforce,” says Riordan. “I love seeing how interconnected objects can be: a person or single entity can be tied to a campaign which lets you do interesting robust things. This interconnectivity has been my favorite part of Salesforce.”

Riordan still remembers well how painful it used to be to work in Excel, and it has been very satisfying to replace these processes in Salesforce through custom objects. “It’s so helpful for us to be able to look at a single project page and see at a glance what’s going on.”

Today, AHF has eight US-based staff and two remote staff in the field in Nepal who use Salesforce. The fact that Salesforce is completely cloud-based is great for the team in Nepal: time difference is not an issue, and they don’t have to wait for a response when checking up on the latest funding or communication data for projects that they’re working on with partners in the field.

It’s challenging for AHF to point to direct data that has changed since using Salesforce since their previous reliance on Excel means they don’t have deep historical data for comparison. However, anecdotally it seems like events have sold better, and the communication with their base has improved by more people getting updates on projects they’ve supported. Salesforce has cut down drastically on the number of hours they used to spend going through lists and has given their development staff a better picture of where the gaps are.

As Riordan says, “People are really driven here, and now people already doing their jobs can focus on their jobs instead of wasting energy on manual data manipulation.”

As AHF looks ahead to the next few years, they are excited about exploring deeper reporting through Apsona and DemandTools. It is difficult to report from multiple objects and to pull data on all of a constituent’s touchpoints from events to donations, but there are some strong possibilities with the Nonprofit Starter Pack and Apsona.

AHF also has high hopes for DemandTools. They still receive many of their donations by check or other non-integrated systems on a regular basis and are interested in designing a DemandTools automation process to perform these data imports. DemandTools batching like this can be time-consuming to set up initially, but in AHF's case, automation may be a good option because the incoming data is consistent, their import operations are complex, and they likely will not have expert Salesforce users on staff to keep an eye on the "quality control" aspects of the process.

All in all, AHF is looking forward to expanding their Salesforce use over the coming years to do even deeper reporting and integration between their programs in the Himalayas and the donors and staff that support them.

Ready to how discuss how Salesforce could work for your humanitarian organization?

If you're interested in making the move to Salesforce for your humanitarian nonprofit, our team is ready for you. 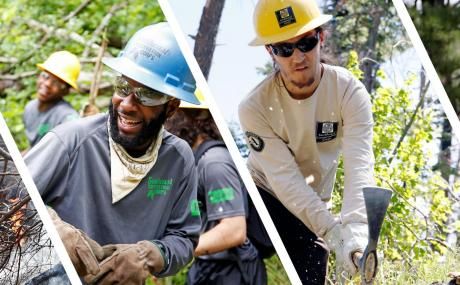 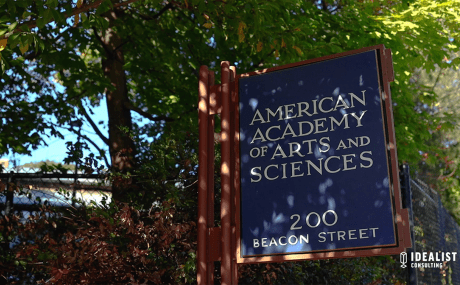