You’ve witnessed political campaigns in action. You’ve read about military campaigns. And you’ve surely been the target of marketing campaigns. But what exactly is a Salesforce Campaign?

Salesforce’s Trailhead module about Campaigns admits that “campaigns are one of the most underused features in the Salesforce toolbox.”

Yet even if this tool is underutilized overall, I suspect nonprofits using Salesforce employ this object more often than other organizations on the platform.

So I asked the Salesforce and Marketing Cloud Account Engagement (powered by Pardot) experts at Idealist Consulting to tell me how they’ve seen nonprofits commonly use Campaign records. I’m hoping to offer this as inspiration for how you might use it at your organization, and then I’ll wrap this back around into considerations you should take into account if your org uses Marketing Cloud Account Engagement (MCAE) with Salesforce.

But first, let’s talk about what the Campaign object even is and what you should know about it.

What Everyone Should Know About Salesforce Campaigns

In general, I like to think about the Campaign object as a reporting tool, primarily for marketing efforts. I keep that idea in the back of my mind as I work: as a marketer, what do I want to report on and how do I need to set up my Salesforce Campaign record in order to do that reporting.

Campaigns are Salesforce objects with a few unique properties. In fact, it’s important to realize that Campaigns in NPSP are the same as regular, old Sales Cloud Campaigns. They’re the same object, but there are a few extra settings associated with Campaigns that can be controlled from the NPSP Settings menu.

Because Campaigns are like any other object in Salesforce, they can be customized to meet your needs. You should also consider customizing the available record types and the Type field so that they’re in line with the campaign hierarchy you lay out for your organization. I’d potentially create automation to inactivate campaigns when the end date is reached or fill other fields.

You should pay attention to the Active checkbox, particularly if you have MCAE. The Active checkbox controls whether a campaign can be designated as an opportunity’s primary campaign source and whether activities can be associated with a campaign. You can also use it to identify inactive or archived campaigns in a List View. And only campaigns marked as active show up in MCAE.

You should also know a little something about Campaign Member records.

Salesforce creates Campaign Member records to track which leads and contacts are connected to which campaigns.

You can use the Campaign Member status to report on how people engage with different campaigns, but you’ll want to think through what appropriate statuses are in advance. The out-of-the-box statuses are Sent and Responded, which make sense for emails, but you’ll want to customize these for other campaigns. For example, statuses like Invited, Registered, and Attended might make more sense for an event or webinar.

Next, let’s talk about the special Campaign settings available from the NPSP Settings menu.

The top-most setting tells NPSP to create a Campaign Member record automatically when an opportunity is created with both the Primary Campaign Source field filled in and a Primary Contact related to it. Editing this page and activating this option allows you to manipulate the next two options on this page, which allow you to set the default campaign member statuses whenever this automation runs.

This is automation Sales Cloud wishes it had! I definitely recommend exploring turning on these settings, especially if you want to use Salesforce Campaign Influence with MCAE to measure and report on your marketing activities.

How Nonprofits Commonly Use the Campaign Object

We’ve run through the technicalities of the Campaign object, but how do nonprofits use these records practically? Let’s talk about that next.

Nonprofits use campaigns to track:

Our consultants advise that nonprofits sometimes use campaigns to track general areas you’re fundraising for. This helps for quick, internal reference.

In general, you can see that there are two ways campaigns are helpful: first as a way to track who was engaged and how many people total, and second to track the influence of a marketing effort, like an email, on collected funds. Savvy organizations leveraging Salesforce will take advantage of both these benefits and customize the Campaign object to effectively report on different metrics.

There are three steps to take to get the most out of the Campaign object:

Salesforce campaigns are far more customizable than MCAE campaigns, so turning on Connected Campaigns means it's easier to manage your campaign records and you can better leverage the power of customization and reporting in Salesforce. Enabling Connected Campaigns is also required for many of the new features MCAE is rolling out, including the new email builder that’s scheduled to be released in the fall of 2020.

If you’re like many nonprofits and already use campaigns to track mailers, events, and other non-MCAE related activities, you’re going to need to make a plan for customizing the Campaign object before you turn on Connected Campaigns.

After you do turn it on, you can get a lot of information about the performance of your campaigns by using MCAE and Salesforce’s Campaign Influence together. But if you want to report on Campaign Influence and you’re using NPSP, you should consider turning on the NPSP Campaign Member automation we mentioned above.

There’s a lot of information here, and if you’re the type of person who wants to focus on the marketing campaign and leave customizing the Campaign object up to someone else, maybe it’s time we talked. 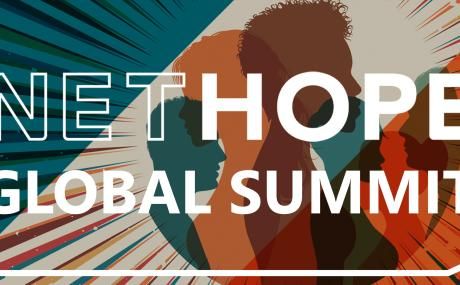 Nonprofit
Why NetHope Matters: An Interview with Rob 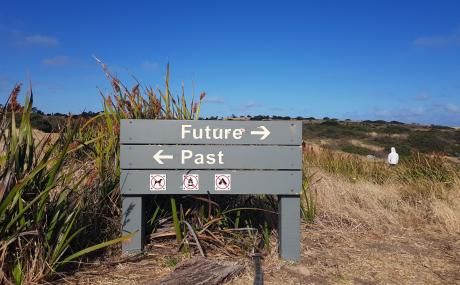 Nonprofit
How to Be a Future-Ready Nonprofit